As large-scale economic activity was unfolding and the migration to the national capital picked up, the Delhi Master Plan 1962 suggested decentralisation of urban growth of the city. As a result, land in areas surrounding the national capital — most of them were villages — became subject to speculative pricing, forcing authorities to initiate urban development in these areas. Presentday Noida is a result of th at exercise. What is popular as the information technology (IT) hub in the national capital region today was once a land consisting 36 villages of the Bulandshahar district of Uttar Pradesh. The state notified the New Okhla Industrial Development Area (Noida) under the UP Industrial Development Act, 1976, and created an authority to go ahead with a planned development. After many revisions in the plans for the years 1991 and 2011, authorities in 2011 approved Noida Master Plan 2031.

Here are some provisions in the Plan that home buyers must take note of:

• According to the Plan, of the urbanisable area of about 15,280 hectares, the area for residential development has been kept at 5,656.14 hectare (37 per cent of the total urbanisable land), for commercial development at 581.33 hectare (3.80 per cent) and for institutional and public facilities at 1377.97 hectare (9.01 per cent). While the area for recreational use will be about 15.92 per cent of the total proposed urbanisable area, the area under agriculture uses and water bodies will form about 20 per cent of this to keep Noida green.
• The physical development of entire Noida may be completed by 2021, says the Plan, and almost the entire residential area would have been inhabited by 2031. The Plan projects the population of Noida at 25 lakhs by 2031 and says that this may be the “optimum” population that the city might accommodate. The population density is estimated to be 164 persons per hectare.
• To promote employment generating activities such as small-scale industrial work opportunities, offices spaces, institutions, commercial centres, IT parks, etc., at places which are well suited for such activities and provide a conducive environment for people to work and enjoy good quality of life.
• To capitalise on the area’s high growth potential due to its proximity to the metropolitan city of Delhi and public investment expenditure not only in the area but also the environs.

• The plan says that “insulating one area from the other creates more social and environmental problems for the urban area than it tries to resolve within a sector’s confines”. This is why it calls for mix developments at various sectors of the city to serve different social-economic classes.
• Accepting that the informal sector has become a characteristic of cities, the Plan calls for providing specific sites for such activities.
• The Plan talks about promoting group housing in place of plotted developments, as the latter “imposes considerable restriction in achieving spatial integration and design unity”.
• The Plan wants residential and commercial development to go hand in hand and calls for devising an urban land policy, which “while retaining the hold of the public authority on land procurement, development and use, is flexible enough to let the corporate, co-operative and private sectors to share responsibilities related to land and infrastructure development, and housing and urban development programmes”.
• The Plan calls for a collaborative action by public and private players to meet the supply deficit the city may face in future in meeting the housing demands of the low-income groups. “The public sector authority, however enterprising it may be, cannot alone mitigate this problem, which has its own social and environmental impacts,” says the Plan.
• Stating that a “clean-slate” approach towards urban development remains impractical, the Plan calls for integrating existing rural settlements with proposed urban developments.

Another factor, which is likely to have far reaching implications for the growth potential of Noida is the development of Greater Noida and Yamuna
Expressway Industrial area townships on a contiguous territory east of the river Hindon.
The Government of Uttar Pradesh, with a view to curb haphazard developmental activities in this potential area, decided to acquire about
70,000 hectares of land for planned urban development. For this purpose, the State Government created the Greater Noida Industrial Development
Authority (GNIDA).
UP government later got a master plan prepared for the development of a new city, namely, Greater Noida for a population of 300,000 to be achieved by the year 2001. Greater Noida is also now planned for a population of 12 lakhs by 2021. This city is also bound to expand in size with time, and being located in close proximity to Noida, would surely influence the development of the city.

The area has two distinct types of land utilization pattern. These are:

The planned integrated industrial township of Noida wherein the major industrial sectors were developed in three phases; namely, Industrial Area Phase I, Industrial Area Phase II, and Industrial Area Phase III. The residential, commercial, recreational, institutional and other urban use areas have also been developed in large parts of the township in the form of sectors. The remaining area of the township is in the process of being developed. Three well maintained green/recreational areas have been developed, one as a recreational area along the river Yamuna, located opposite Sectors 14A, 15A and 16A, another as city level green area in Sector 54, and the third as a golf ground located in Sector 38. Other than the above, two more large recreational/ green areas are to be developed in sector 38A, one opposite Sectors 28, 29, 37 and 44; and the other as sports complex in Sector 21A and in sectors 79, 101, 104 and 150.

The agricultural fields exist in an interspersed manner with rural settlements in some parts of Southern area of the town. Agriculture is well developed as the soil is fertile and irrigation facilities are well provided in the area. Plantation has also been done in some pockets.
One such relatively large pocket exists at a location immediately north of the Sultanpur village and a smaller pocket exists west of the Shahdara village and located along the western bank of Noida Drain. 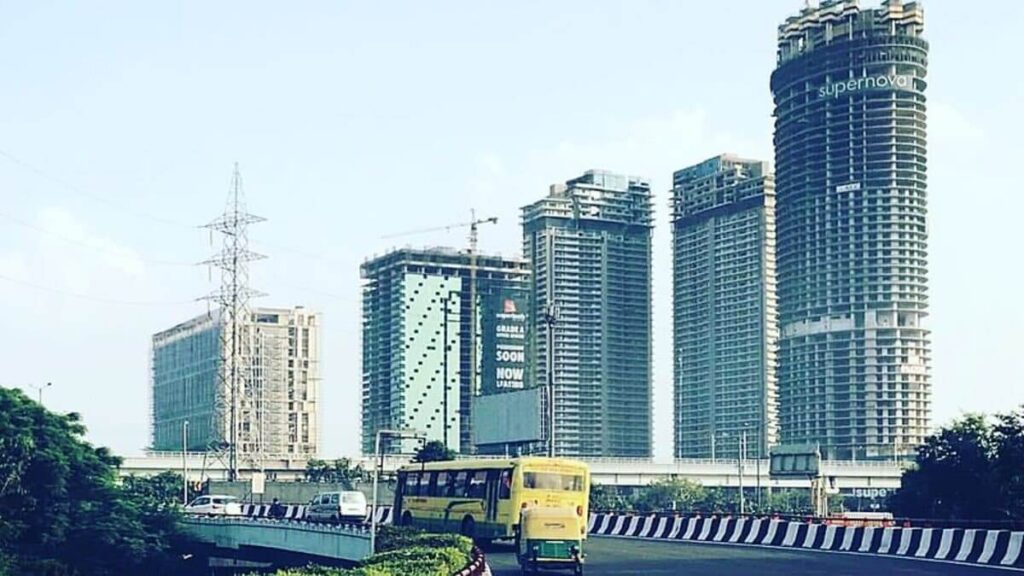 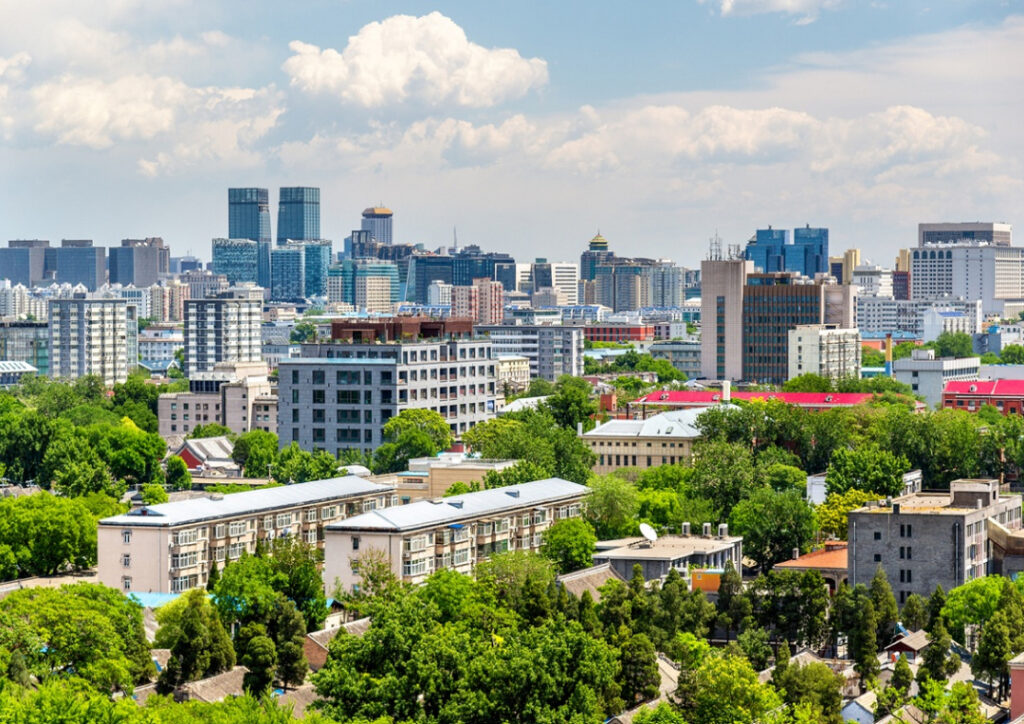 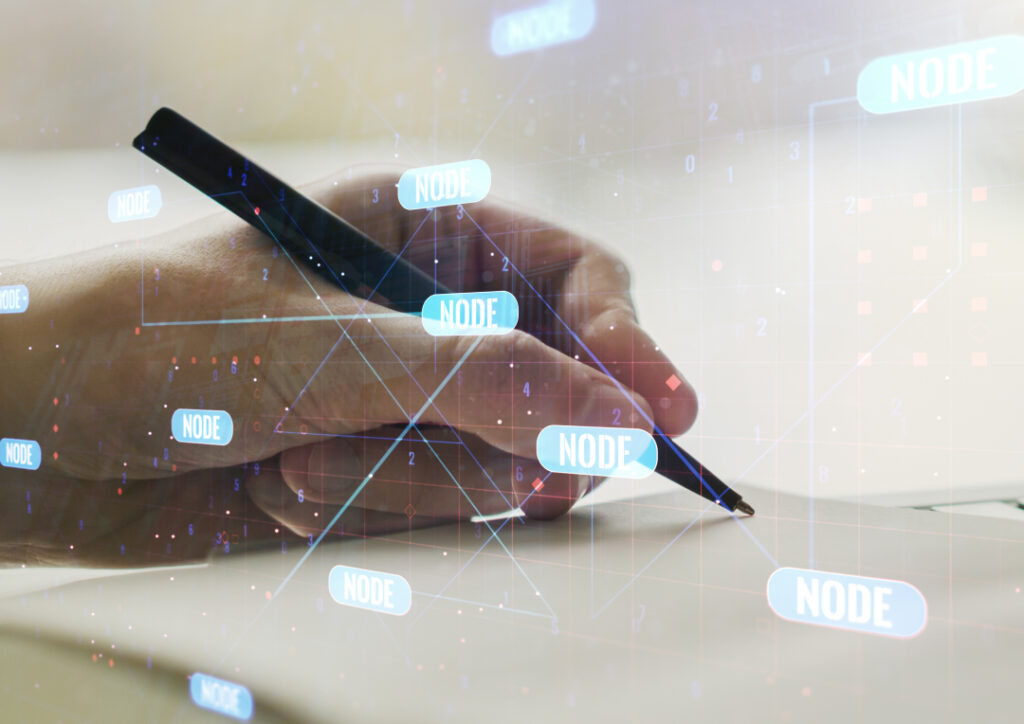